Liam Gallagher and Stereophonics will headline the brand new RiZE Festival which will take place at the iconic Hylands Park in Chelmsford on Friday 17th and Saturday 18th August 2018.

Liam Gallagher will headline the main stage on Friday night. Releasing one of the biggest albums of 2017 ‘As You Were’, the album debuted at number one in the UK, outselling the rest of the top 10 of the UK Albums Chart combined and achieving gold certification in its first week. One of Britain’s best live bands Stereophonics will make their festival return this summer headlining RiZE Festival, TRNSMT festival in Scotland and two huge stadium shows in Wales.  The band are currently on a massive UK tour throughout February/March in support of their recently released gold album, ‘Scream Above The Sounds’, which is their tenth studio album and comes as the band celebrate twenty years since their debut.

Sean Paul has announced that he will be joining the line-up for the first ever RiZE Festival in Chelmsford this August. Performing on the Saturday, this dancehall legend, Grammy Award winner and much loved hit maker extraordinaire is a remarkable addition to the line-up. His performance at RiZE Festival will be one of his only UK appearances this year, guaranteeing a show that’s not to be missed! 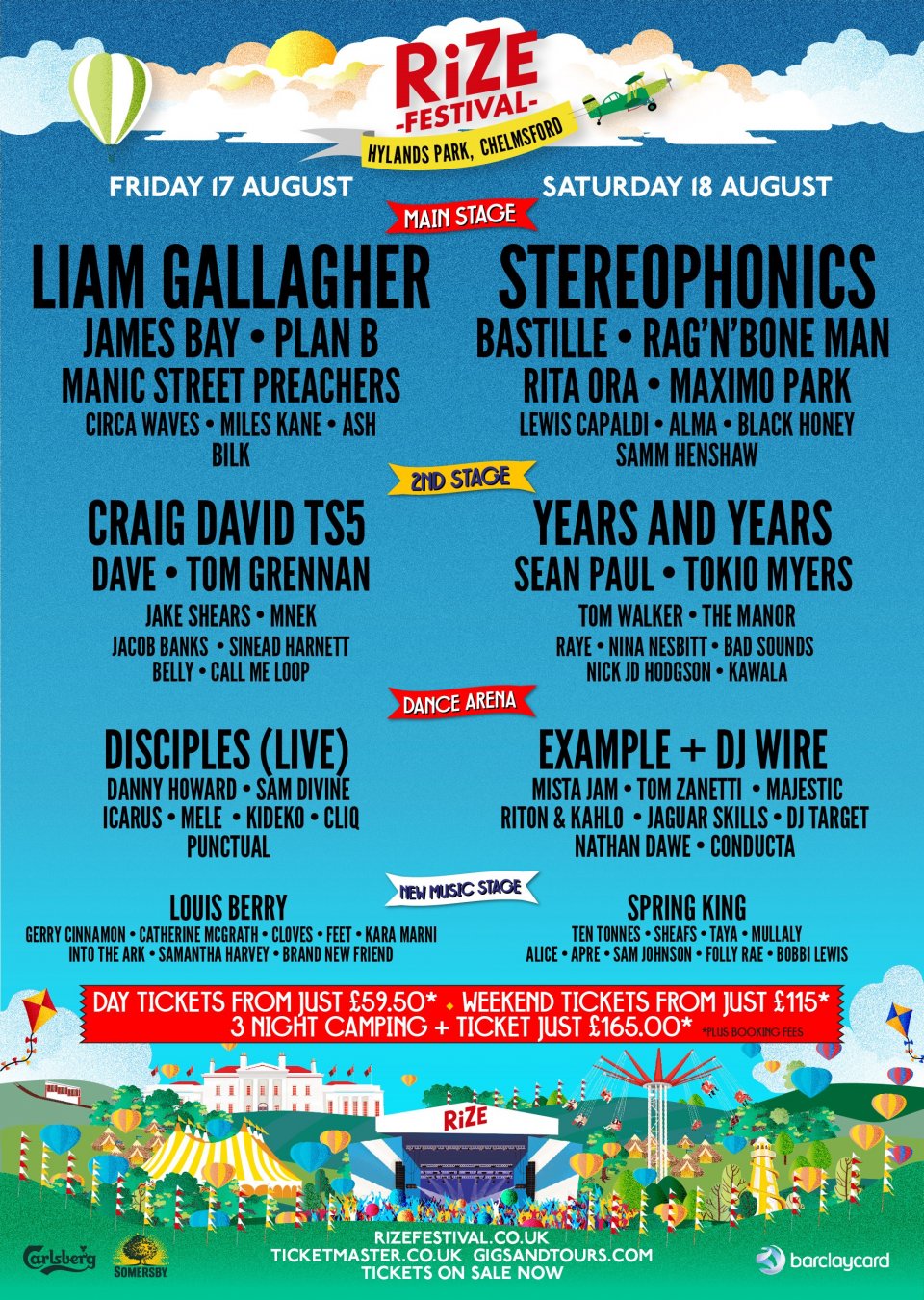