Liam Gallagher Smashes It Out of The Park 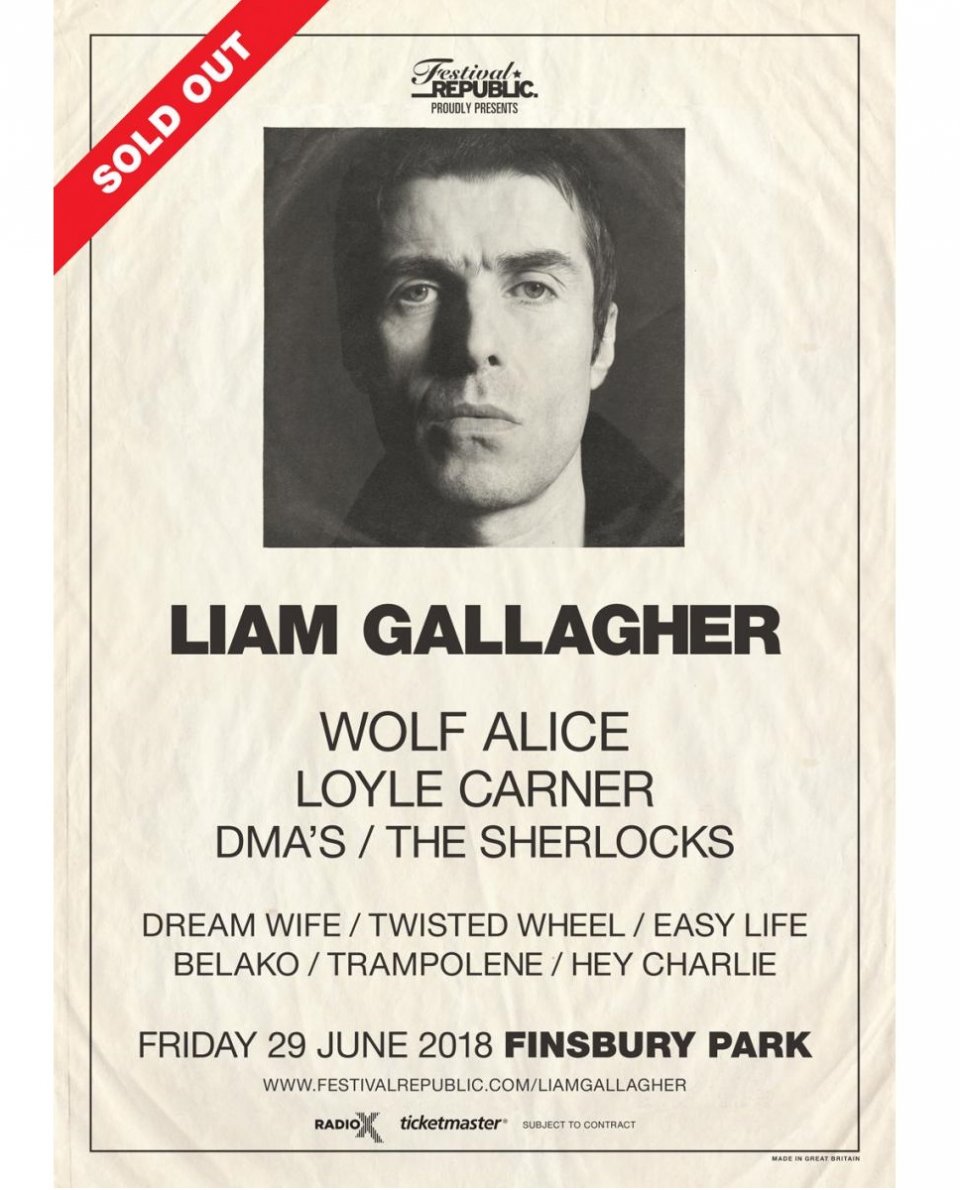 As You Were star Liam Gallagher performed his biggest solo headlining set so far at Finsbury Park, north London last Friday, and completely blew fans away. The Oasis guitarist’s support acts were spread across two stages and included the likes of Wolf Alice, The Sherlocks, Dream Wife and Twisted Wheel, plus a surprise acoustic set from none other than Richard Ashcroft.

His set was a mix of Oasis classics and hits from his platinum-certified solo album As You Were, which was released last October. Oasis B-side ‘D’Yer Wanna Be A Spaceman?’ appeared to go down spectacularly as it was his first time taking on the vocals for this track since 1996. The second huge surprise of the day came in the form of Oasis’ ex-guitarist Paul Arthurs AKA Bonehead, who joined Gallagher for the encore as they played three of Oasis’ biggest hits together: ‘Supersonic’, ‘Some Might Say’ and ‘Cigarettes & Alcohol’.

Reviews include “Raging straight into ‘Rock N Roll Star’ it’s clear that Liam isn’t here for a long time, he’s here for a good time” (Clash), “Tonight, though, is a showcase of Liam Gallagher the showman: a man who knows exactly what the crowd wants, and proceeds to hand it over, anthem after anthem” (DIY) and “Ripping straight into the meteoric ‘Morning Glory’, it’s followed by a portion of material from the singer’s solo album As You Were, an apt demonstration that even without that Oasis band he has the goods to pull in a mammoth crowd” (Gigwise).

For What It’s Worth

Bring It on Down (Oasis)

I’ve All I Need

D’Yer Wanna Be A Spaceman (Oasis)