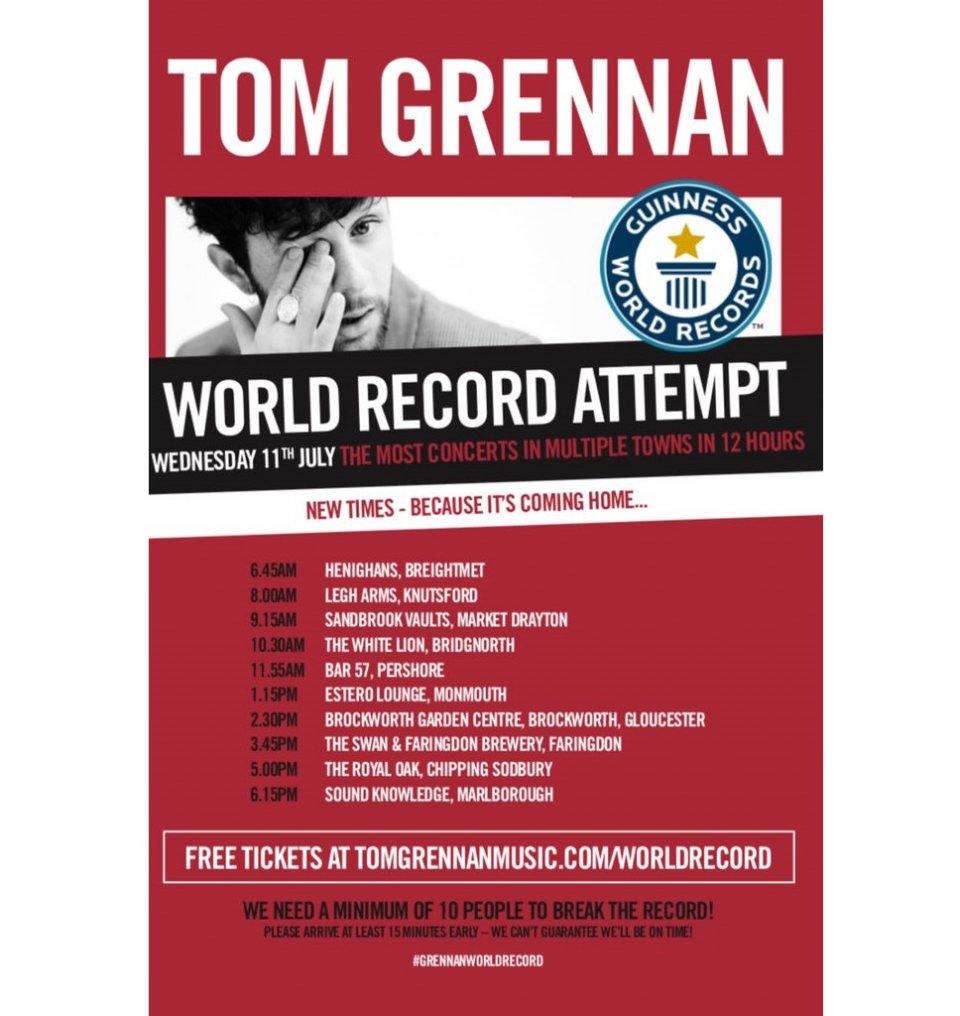 Indie rock newcomer Tom Grennan will now appear in the Guinness Book of World Records as yesterday he smashed the challenge of performing the most gigs in multiple towns in just 12 hours.

The Bedford singer performed 10 gigs over the day, starting off in Breightmet at 6:46am then travelling to Knutsford, Market Drayton, Bridgnorth, Pershore, Monmouth, Gloucester, Faringdon, Chipping Sodbury and coming to a close in Marlborough at 6:30pm, playing 15-minute-long sets. The rules of the challenge were that he had to perform five songs on a stage in towns over 30 miles apart, with populations of 5,000-15,000 people, and in front of at least ten spectators.

Grennan released his debut album Lighting Matches last Friday to a prenominal response from fans and critics. NME commented “The DNA of Lighting Matches has strands of the streetwise snarl of Jamie T, the graceful grit of Amy Winehouse, the cinematic backing pomp of early Florence and the Bond theme meets neo-soul scale of John Newman” and “makes Bedford sound like Hollywood”, while The Independent said “Throughout the record, whether he’s singing about heartbreak or ambition, lust or love, Grennan has a glint in his eye, a certain cockiness that captures his youth and charm (or cheek).”

Were you one of the lucky 100 that got to see him achieve this huge world record? If not, we’re certain his set at RiZE next month will be just as impressive…